Not long ago I was introduced to a brilliant counting activity which has been invented for Montessori classrooms; Infinity Street. This activity is designed to give children the opportunity to practice reading and making numbers beyond a trillion. 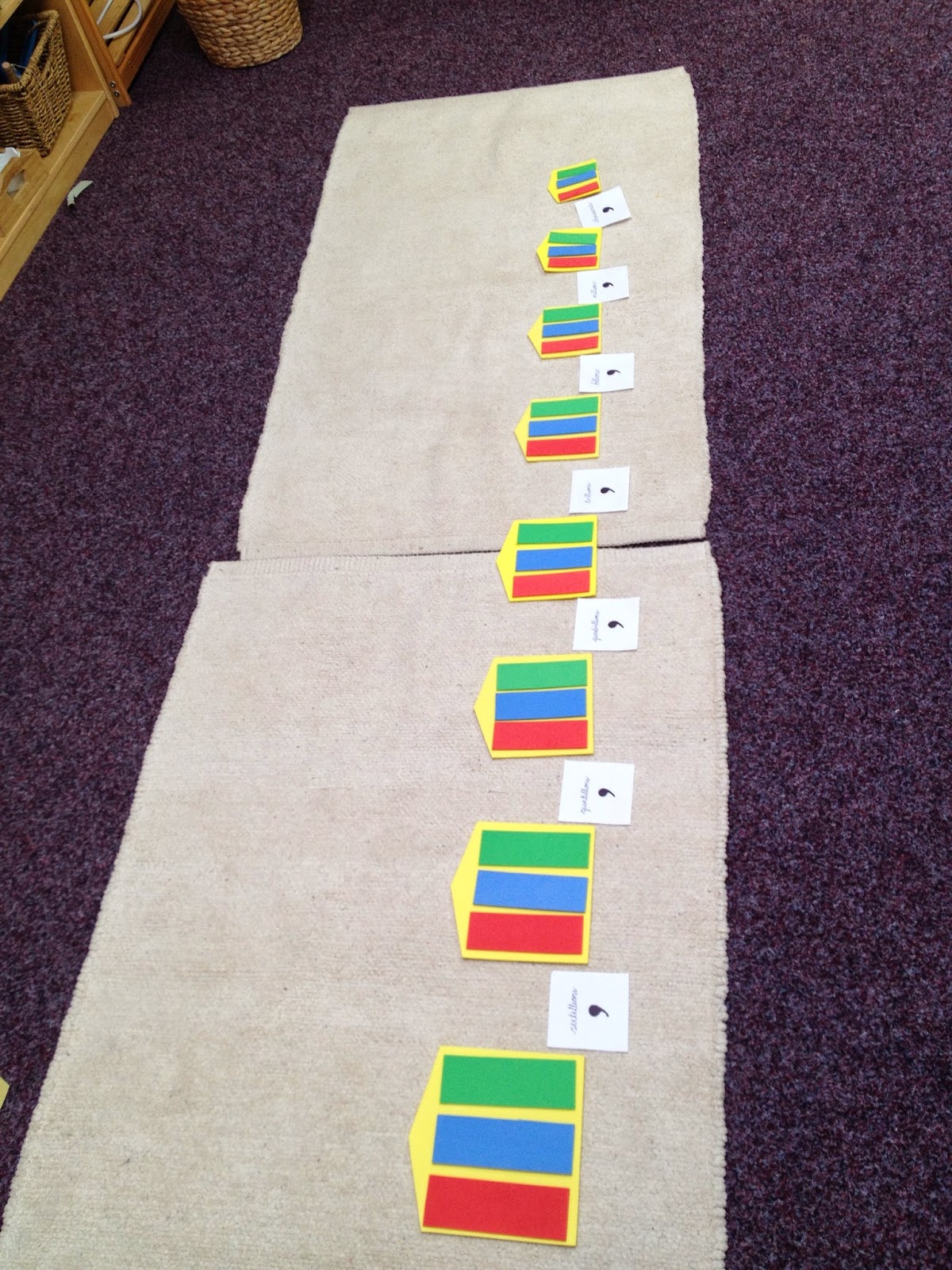 Each number family is represented in a house on infinity street. In each house lives the units, tens and hundreds. The houses increase with size as the numbers get larger. 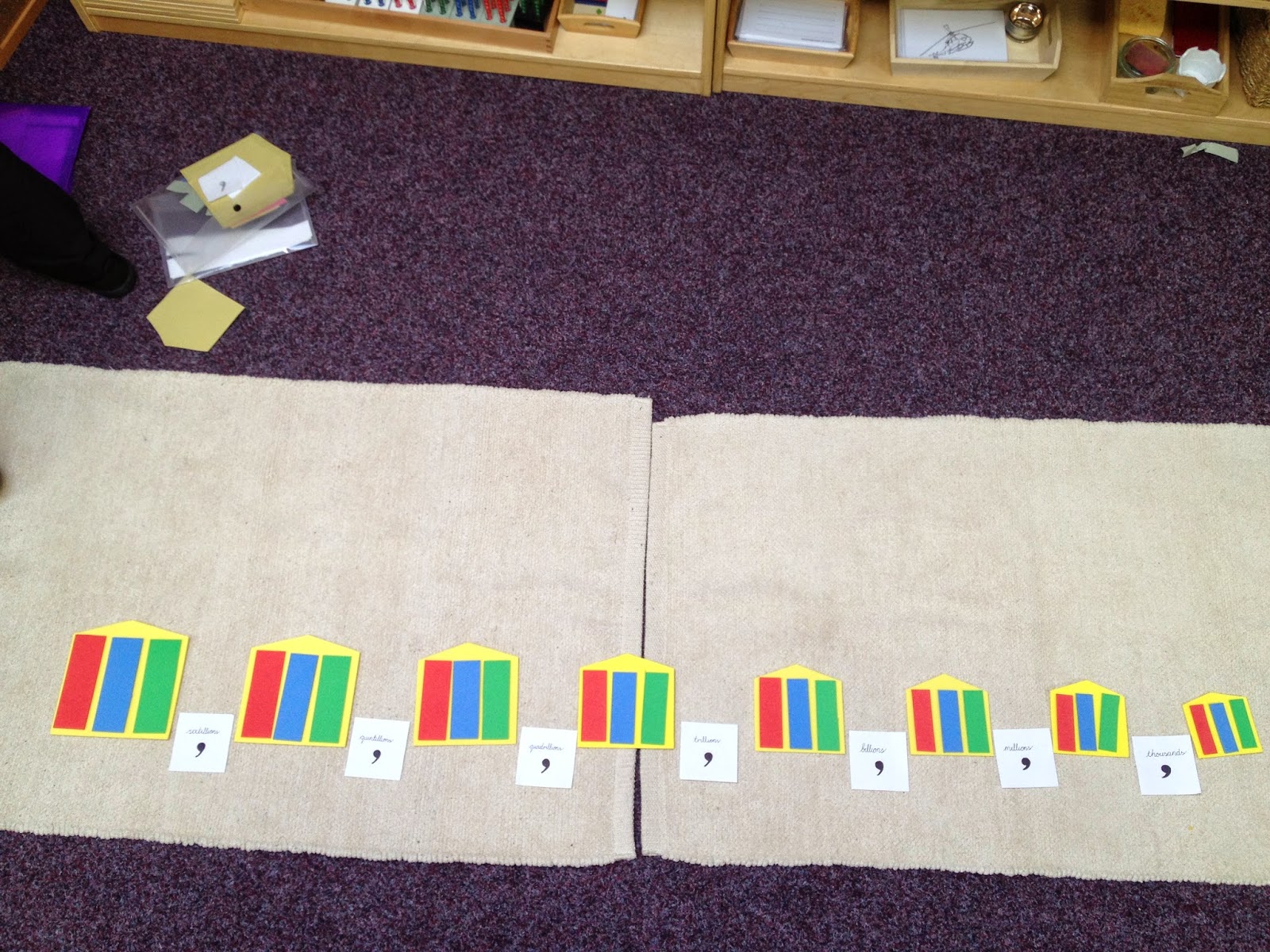 The number families represented on this street are, units, thousands, millions, billions, trillions, quadrillions, quintillion, and sextillions. Of course the houses can go on and the numbers can increase but I found that this was sufficient for the children. Each number family name was written on a card which also contained a comma. 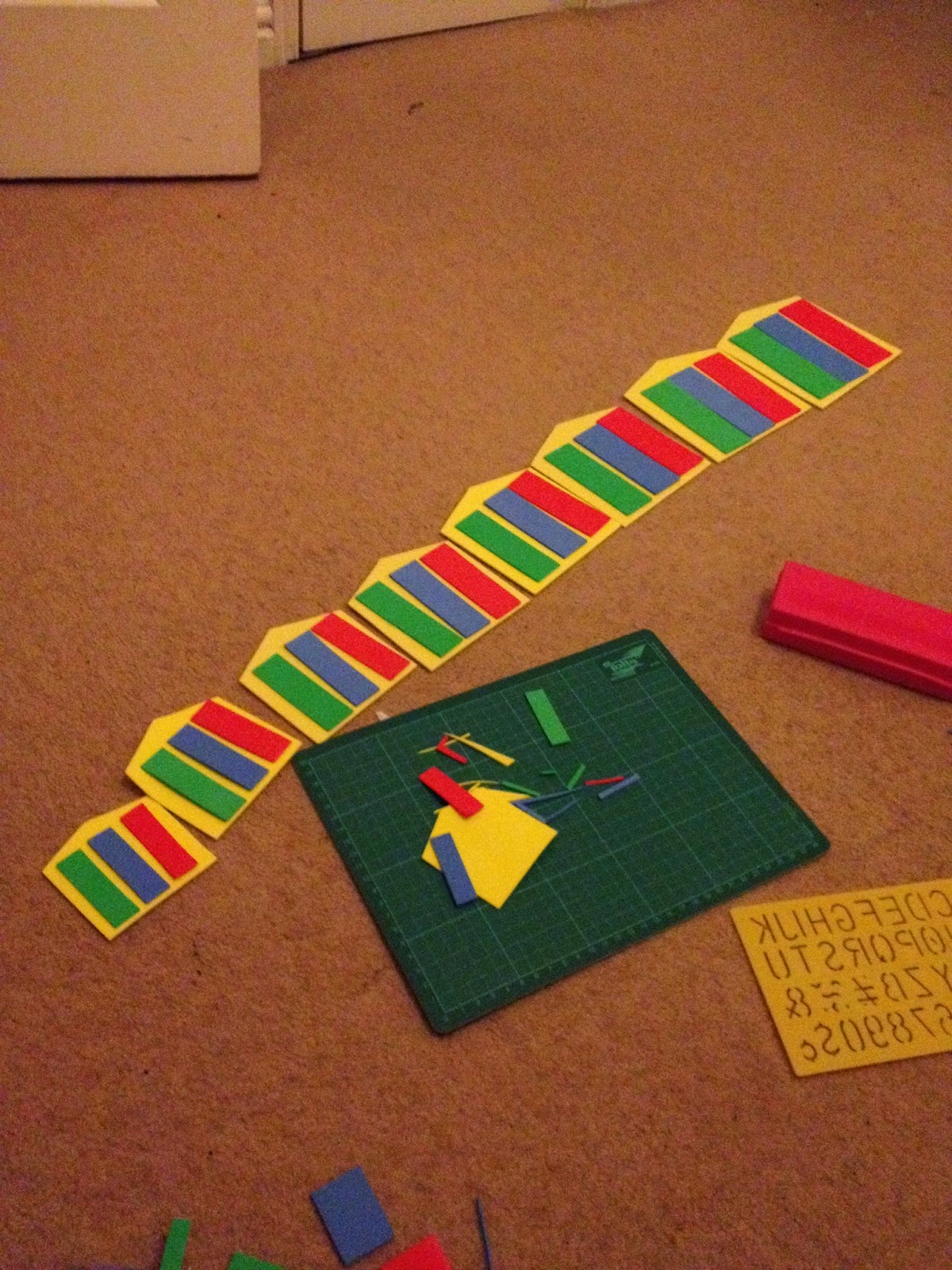 This activity is very easy to make. It took me about 40mins to cut all the houses in yellow foam and the colour strips in red, blue and green. 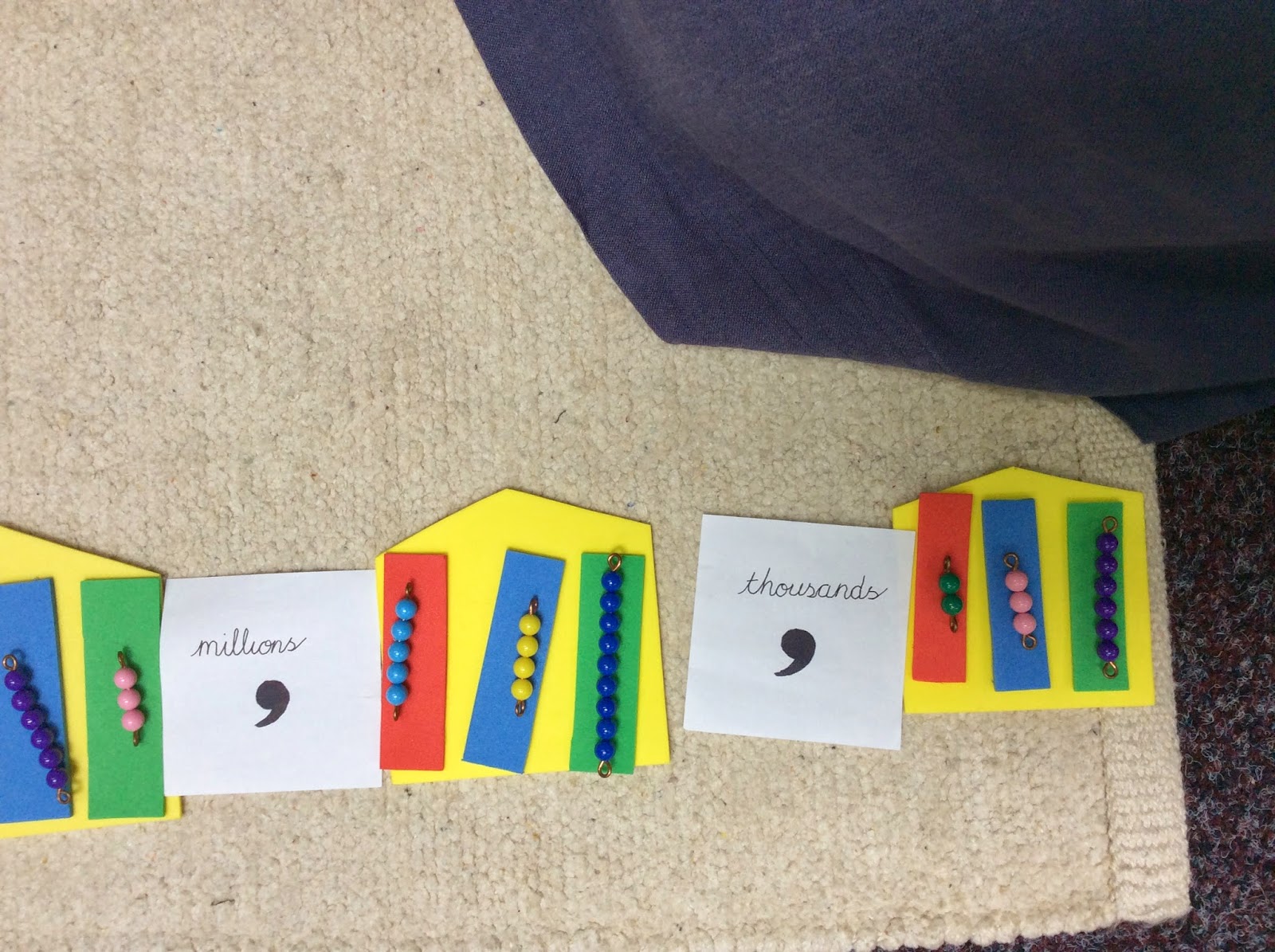 Here is the activity in use by some children in the lower elementary classroom. The coloured strips are actually made for the beads to fit.  After the child lays out all the houses, they select beads at random or to make a chosen number. Once the beads have been placed in each house, the child practices reading the number using the cards to help. 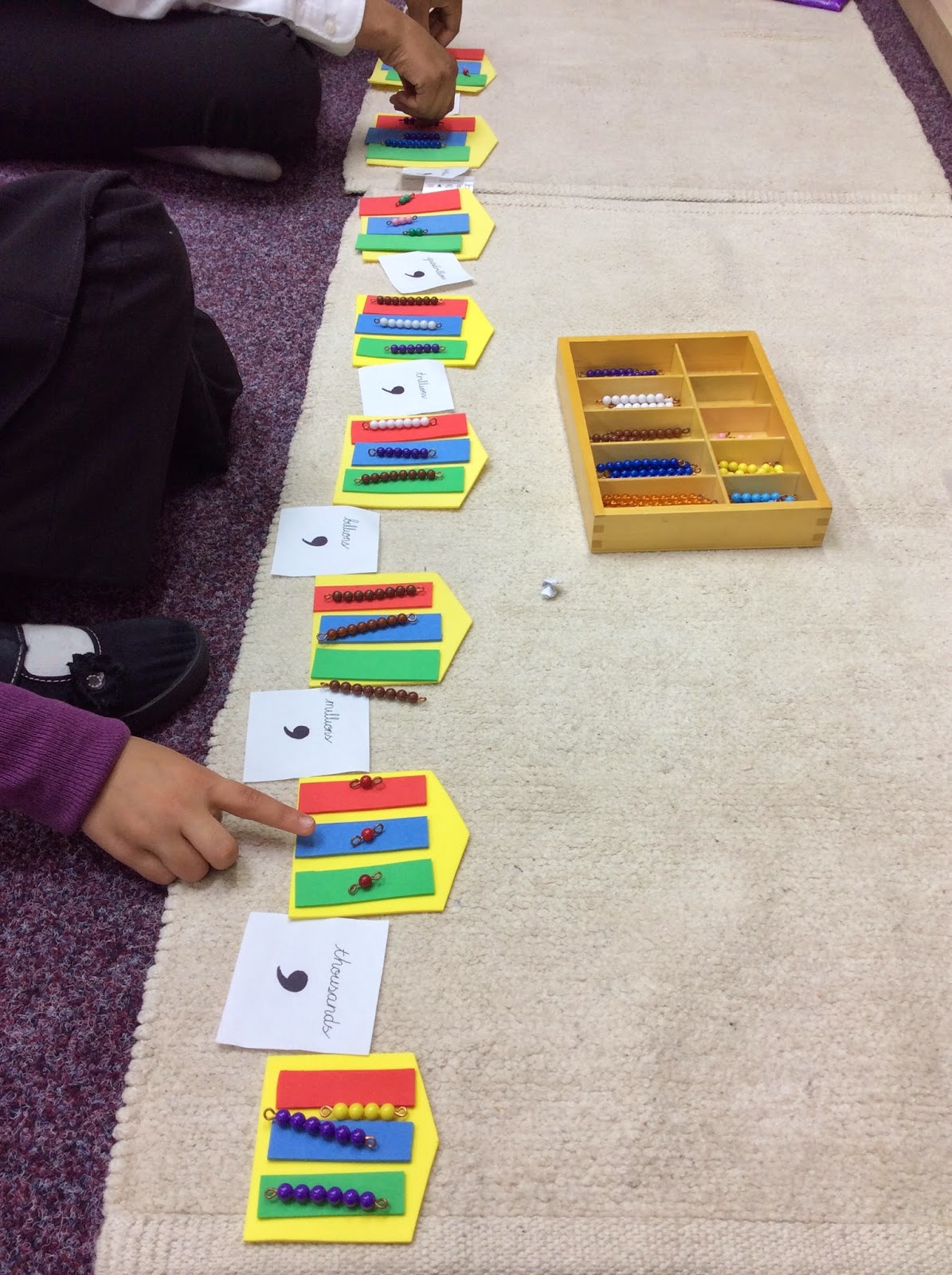 It is truly amazing that a child of 6 or 7 can read numbers so large with accuracy :)

As will all other Montessori materials, the child will gradually work away from using this activity to being able to read the numbers in complete abstractions.
Posted by N from the Learning Ark at 23:32 4 comments: