Recently I was asked about the order for presenting the cultural materials. There are many different orders, when I trained 3-6 I took one way and for the 6-9 another. The below is the order that I feel works best for the children and gives the a solid understanding of life sciences.
1. Living and non-living with objects:
Activity: Children gather objects from around the class or garden and place them under the heading cards. 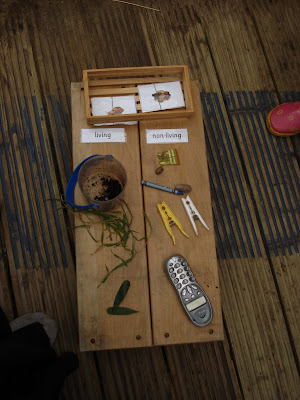 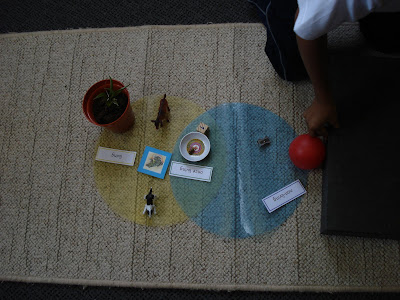 4. Plant kingdom and Animal kingdom:
Activity: Teacher explains that living things can be divided into kingdoms. Most of the living things belong to the plant or animal kingdoms [I do explain that their are also other kingdoms but go into details later on]. I use pictures for this activity and the children sort them and place them under the headings 'plant kingdom' or 'animal kingdom'
Next we take each kingdom and look at the divisions within it. For example the animal kingdom:
5. Vertebrates and Invertebrates:
Activity: For this I use 3 part cards, and information card and objects. 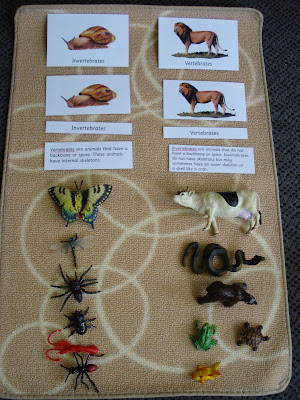 6. Classification of Animal kingdom 2 : vertebrates
Activity: The children match the pictures and objects for the different animal groups in the vertebrates. After this they can go onto study the parts of the body for each group and then the life cycles. 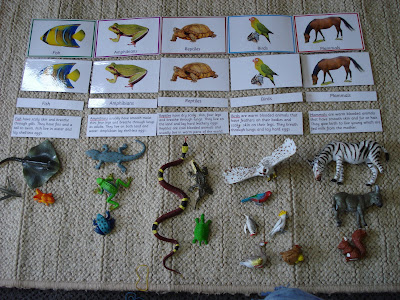 7. Classification of Animal Kingdom 1: Invertebrates
This is done the same as above. 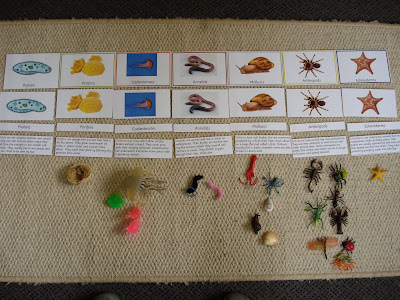 I have all these activities as PDF files as well as the body part cards and life cycles cards. You can get them here.
Posted by N from the Learning Ark at 11:16 2 comments: 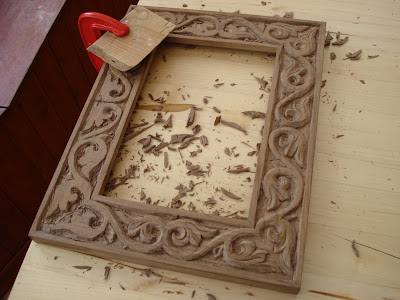 There's something indescribable about the joy of turning a block of wood to a piece of art. I'll post a pic of the finished frame once its varnished :)
Posted by N from the Learning Ark at 23:05 No comments:

Is it time for him to move? 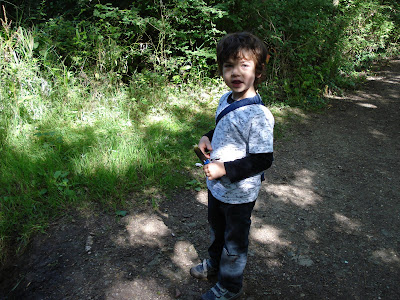 Little-N is supposed to be going to year 1 next year in a mainstream school and I'll be honest but I haven't even given that a thought till now. I have not visited any schools, I didn't send in any applications and I didn't even discuss the matter with his dad! I just turned a blind eye to the whole non-Montessori school idea.
Last year Little-N was between my 6-9 classroom and the 3-6 classroom lead by a group of other teachers. He was allowed to come into my class, not because he was my son but because academically many of the materials he was using were in there and many of the lessons he needed to take were part of the 6-9 classroom. He was also able to follow the intense learning that was going on in my class, where as some other children of the same age would come in and not like the 'hard work' that was going on and leave. There were days and weeks where Little-N would stay in the 3-6 class but eventually he always came back to my class. He didn't always work with me, sometimes the mother-son relationship was awkward and he would choose to do an activity from my class with another teacher from the other class.
I can definitely say that Little-N learnt so much this last school year and I believe it was the combination of being allowed the freedom to work between the 3-6 and 6-9 class and the back up he got at home when he had me all for himself. He can read very well for his age, he started writing independently and he even attempts writing stories. He is so mathematically advanced I can't explain, he has amazing knowledge of geography, science, culture and history and he's acquired many life skills that have made his life easier.
This year will be different. My school no longer has a group of 4-5 year olds as all of them have moved onto mainstream. Little-N will be the only 5 year old and there will be a 1 year gap between him and the younger children and the older children!!! It doesn't really bother me, but I'm guessing Little-N will be in my class a lot more now. That means that Little-N and I will be face-2-face 24 hours a day! Sometimes that gets a bit hard for me, especially that I'm a single mum and can't just drop him off at his dads or something [to do that I'll have to travel all the way across continents]. There are days that I just need my me time.... that's why I put him to bed early.
Back to the subject: My class will still have only have six children aged 6-9 + Little-N who is 5. So I'm lucky that I don't have that many children to work with this year, although I would love more as in some strange way the class works better with more children. I will be setting up new materials at the end of August and I hope to post about them if i get the chance.
Anyways the whole purpose of this post was to state my reasons for keeping him in a Montessori school next year instead of taking the easier option of sending him to a mainstream school [drop him off at another school, picking him up at 4 and not have to think about his learning sounds a lot easier to me!!]. So here are my reasons
I know there are many more reasons but for some reason I can't think of them now. Perhaps the above are much more important that other reasons have disappeared.
So the plan is that Little-N will continue to attend a Montessori school and he will be part of my 6-9 class :) . Therefore I will continue blogging about his learning and keep you updated.
Posted by N from the Learning Ark at 08:46 4 comments:

It's the summer holiday and I'm supposed to be planning and preparing my class for next year! However I just can't seem to get in the swing of things this holiday and instead I feel like I need a break!! Here is what I'm working on:
I thought a lot about the experiment side of science and wanted to come up with something that will create little scientists, who can experiment with what they are interested in at their own time. So I made experiment boxes that contain a variety of materials that can be used by the children independently. I have divided the boxes into air, magnetism, water, sound and light. 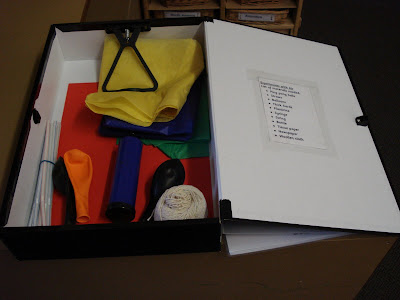 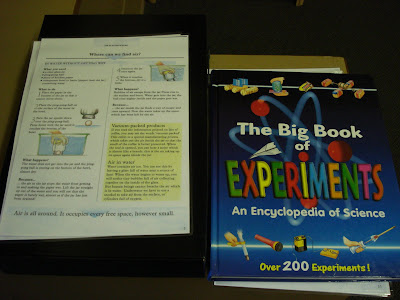 At the moment my children will be working with one box at a time and experimenting with one element. But as they become skilled scientists they can begin to mix the boxes and see the relation between two or three elements i.e: light and sound.
Posted by N from the Learning Ark at 18:06 5 comments: